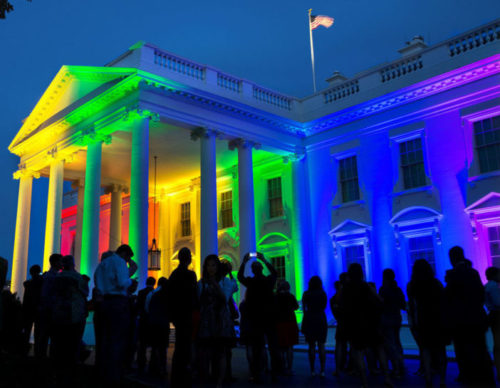 The D.C. Council approved two pro-LGBTQ bills and one “Sense of the Council” resolution yesterday.

The first bill – the Conversion Therapy for Consumers Under a Conservatorship or Guardianship Amendment Act of 2018 – bans licensed mental health professionals from providing conversion therapy for “a consumer for whom a conservator or guardian has been appointed.”

Currently, D.C. bans conversion therapy for minors, like 14 states do. The new law will extend that protection to adults who are in the care of another person.

“An individual whose medical decisions are made by a guardian or conservator is in a dependent status and could be subject to conversion therapy against their will,” according to testimony from Dr. Marc Dalton, Chief Clinical Officer at the D.C. Department of Behavioral Health.

The council gave the bill unanimous support in its second reading, and Mayor Muriel Bowser is expected to sign it. It will then go to the U.S. Congress for 30 days for approval, as all D.C. laws do.

If passed, the D.C. law would be the first in the nation to ban conversion therapy for some adults.

The confidential survey asks students questions about their sexual orientation and gender identity.

The bill would also require the city’s Department of Health to participate in the CDC’s Behavioral Risk Factor Surveillance System, which also includes questions about sexual orientation and gender identity.

D.C. Council member David Grosso said that fear that the Trump administration would eliminate the sexual orientation and gender identity questions inspired the bill, which is due for its second reading later this month.

The third measure – a “Sense of the Council” resolution – passed unanimously. The resolution denounces an effort led by the Department of Health and Human Servicesto redefine gender as sex assigned at birth in order to deny legal protections to transgender people.

Join a gay dating site where you can meet single guys from any town or city.
Rely instead on Gay Dating Solutions to do the work for you!
Don’t get fooled by free offers made by other sites. Gay Dating Solutions is offering a FREE 6 month promotion ABSOLUTELY no strings, request for credit card numbers, etc…it is the only site that is truly free to join!
Sign-up now: www.gaydatingsolutions.com
Download our mobile apps: https://appurl.io/jd0jaqp0
Like us on Facebook: www.facebook.com/GayDating101
Tweet us: twitter.com/GayDating101
Categories: LGBTQNewsPolitics
Tags: Conversion therapyD.C.Gay Men NewsLGBTQ

#HIVDoesntDefineYou. A new short film titled JUS+ LIKE ME has been created to combat the stigma that still surrounds HIV.…

There’s a winter crispness in the air, and romance is all around us. It’s holiday season, which means that gifts…

A dozen cities today honor those killed or wounded in acts of hate and violence. For the past three years,…